For the first time in recent memory, Island soy beans are being shipped directly from The Summerside Port Corporation warehouse. In the past, soy beans grown by Island farmers were trucked to Halifax and shipped from there.

Approximately 12,000 tonnes of soybeans were loaded onto the cargo ship Evans Spirit to be transported to Sorel, Quebec for distribution.

A number of stages are undertaken to ship the soy beans.

The first stage is to bring the soy beans from farms to the Port warehouse. 12,000 tonnes makes for a very large hill of beans. 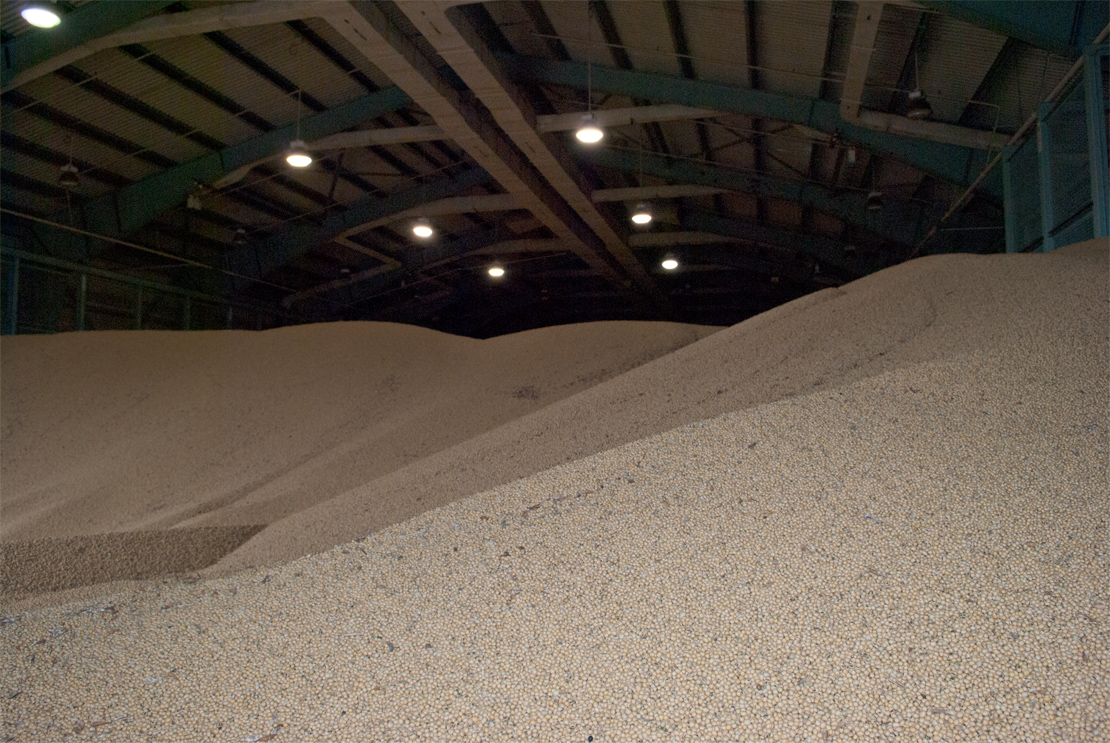 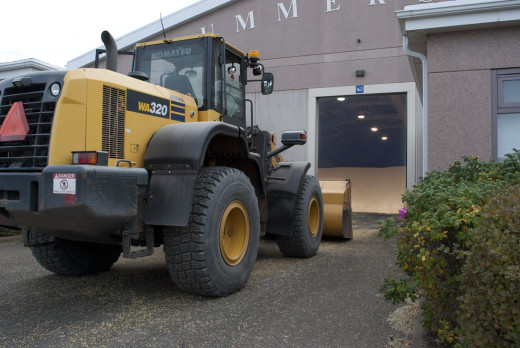 The second stage is the setting up of the conveyor system which will load the soy beans into the ship’s holds. The conveyor is a very large piece of equipment which has limited mobility once set up, requiring the ship to be moved for the loading of each of its holds. 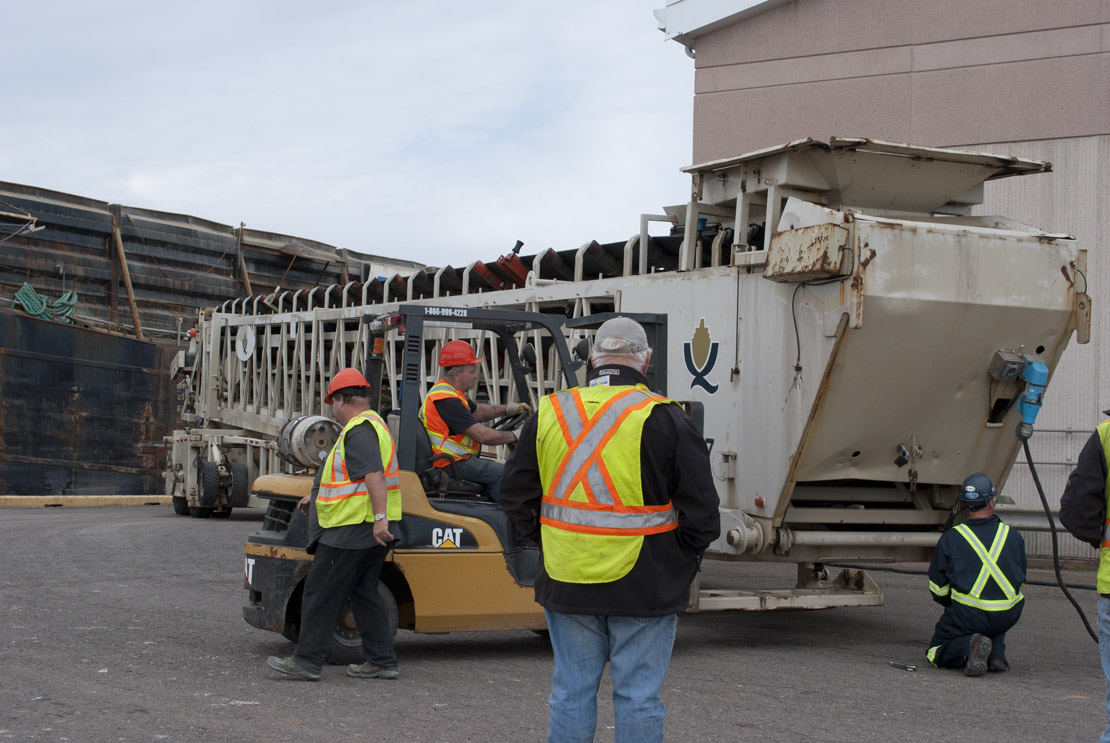 Once the cargo ship has arrived and is moored in place, the conveyor is aligned with the ship’s hold.

Once everything is in place, trucks bring the soy beans from the warehouse to the conveyor’s hopper at the end of the wharf. 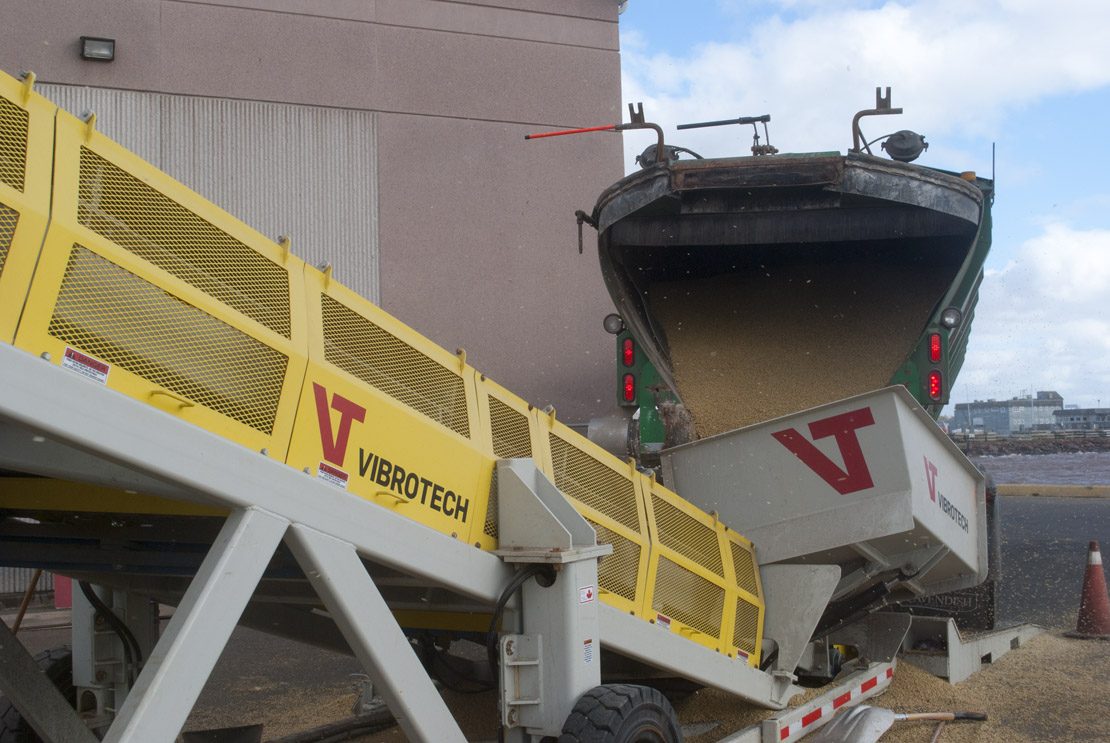 The hopper feeds a 2 stage conveyor which lifts the soy beans up and into the ship’s holds.

A second shipment of a similar quantity of soy beans is planned for November.